Earlier this week (17/09/2014) I joined to Moshe, Shani and Simon for a short walk in Ashdod area. I left them after a short while, but managed to see two Diadem snakes (Spalerosophis diadema) and several others reptiles:
Fan-fingered Gecko, Ptyodactylus guttatus
tracks of Wedge-snouted Skink, Sphenops sepsoides 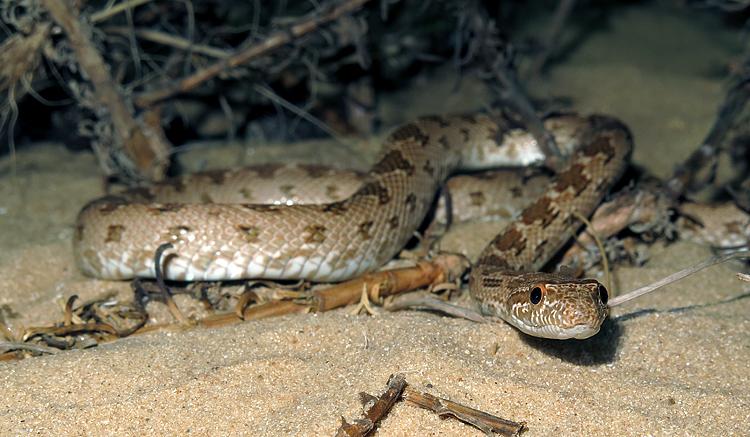 After I left, additional 2 Diadem snakes have been found, and two other snake species:
Palestinian Viper (Vipera palaestinae) - A venomous, dangerous species, which is endemic to our Mediterranean area which includes NW Syria and north Jordan
False smooth Snake (Macroprotodon cucullatus) - Typical to Macroprotodon genus, it is a relatively small and secretive species, with a distinctive head pattern.

Thanks to Moshe, Shani and Simon,
Eyal