The Palestine Viper, Vipera palaestinae (family: Viperidae) is common throughout the Mediterranean, in a wide range of habitats. The classification of Viperidae is a relatively controversial issue. Recent studies, based on phylogenetic findings, suggest to recognize three subfamilies . Vipera palaestinae is currently considered as monotypic (see the links below). According the IUCN Red List of Threatened Species, it is classified as LC (Least Concern). It has a wide distribution in our area. It is often found in man-made habitats, and most known in the public for being the leading cause of snakebite. 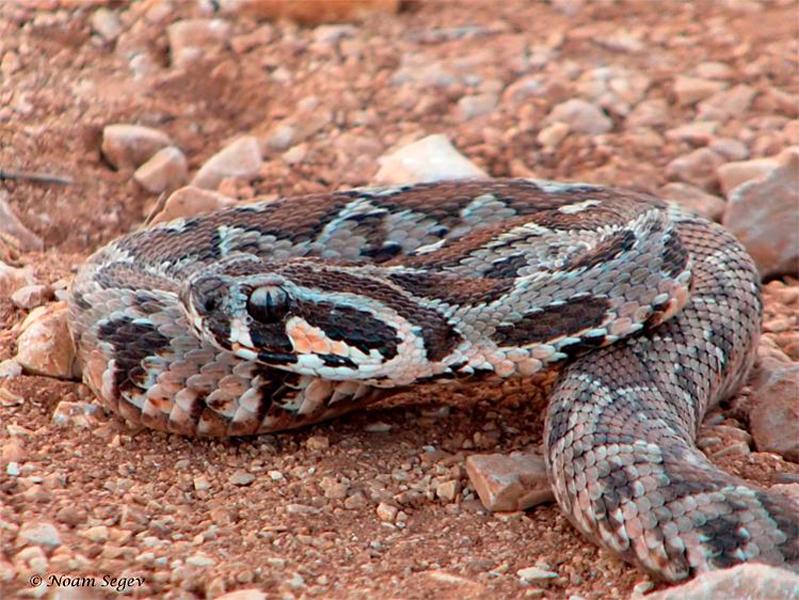 The Palestine viper is a large and heavy snake. It grows to an average total length of about 120cm, but might reach 145cm. It has a distinctive triangular head structure, due to the large venom glands located on both sides of the head. The overall body color varies from light brown to dark orange. A crisscrossing patches covering the back from head to tail, where they become almost linear. Melanistic specimens are also infrequently seen, while albinism is extremely rare. 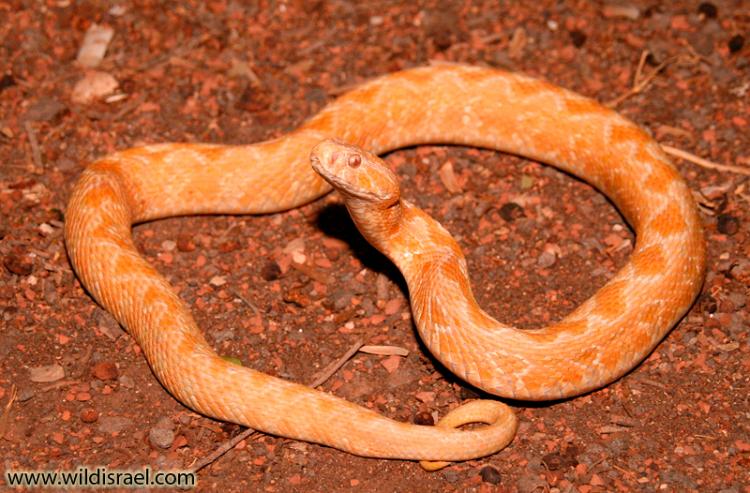 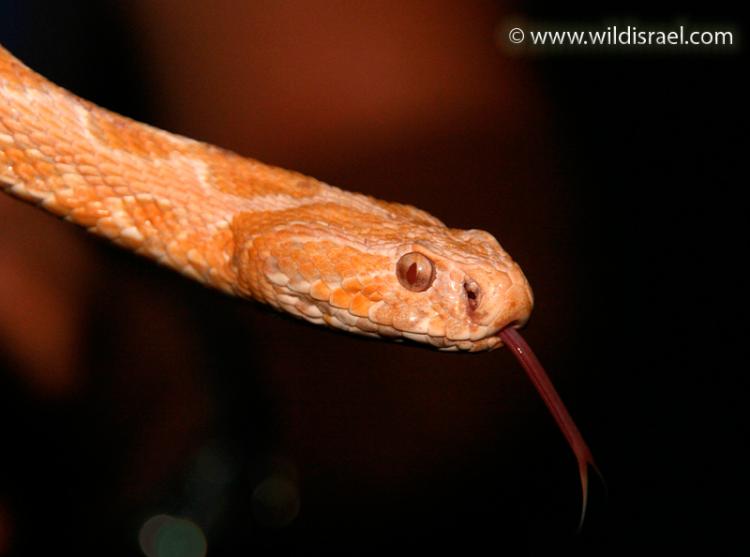 The Palestine Viper is a nocturnal species, altough in warmth spring days it might be found basks in the sun. In general, it is not hunting actively but ambush its prey. However, examination of the following wonderful image (by Oded Anukov), suggests that some of its wanderings on trees and bushes are related to hunting. 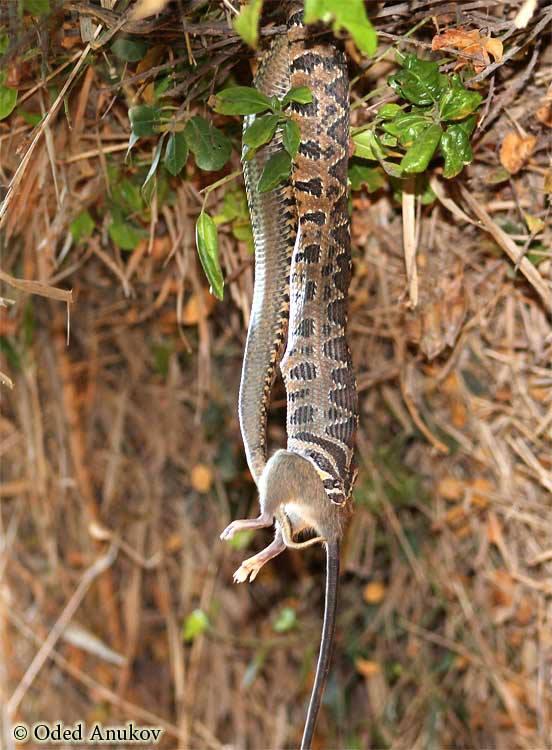 As a big and strong venomous snake, one might expect it to wander around safely. However, it is a very elusive animal. There are some raptors, such as Short-toed Eagle (Circaetus gallicus) and carnivors, such as the Egyptian mongoose (Herpestes ichneumon), that might catch and eat even an adult viper. 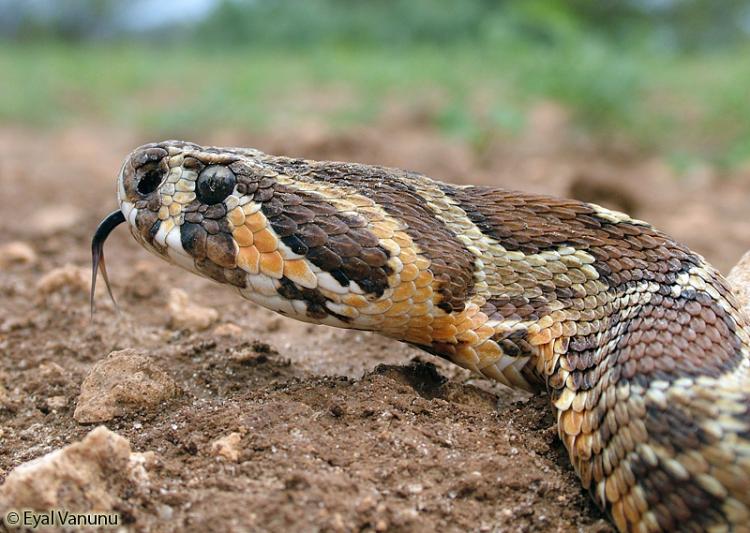 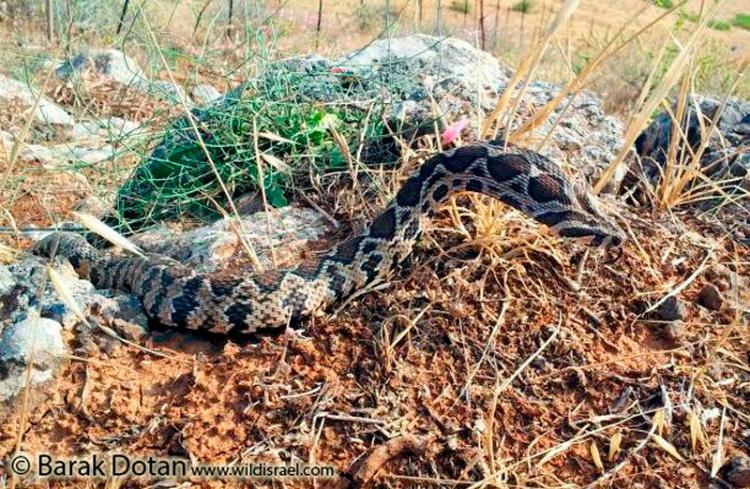