Scorpions are one of the most fascinating creatures in the animal kingdom , there are over 1500 species in the world  and only 25 are deadly to human and may cause devastating symptoms including paralysis and in only few cases death. Death can occur to babies within 6 hours . In Palestine And Israel There are Three families of scorpion Buthidae, Which Include the most deadly Scorpion Leiurus quinquestriatus . Scorpionidaeand the last one is Diplocentridae

Scientists interested in Scorpions are captivated by their great antiquity and the amazing
Physiological ,Behavioral , and ecological adaptations that have combined to ensure their continued success over the past 450 milion years.Though these "living but sophisticated fossils " have changed little in their morphology since their first appearence , their adaptations nevertheless range from superblyefficient behavioral repertories to the maternal care of offspring , ultrasensitive tactile and visual fields , andcomplex venoms that are a precise mixture of different toxins , each with its own action. Scorpions thus represent a model system for research ranging from biochemistry to
evolutionary biology 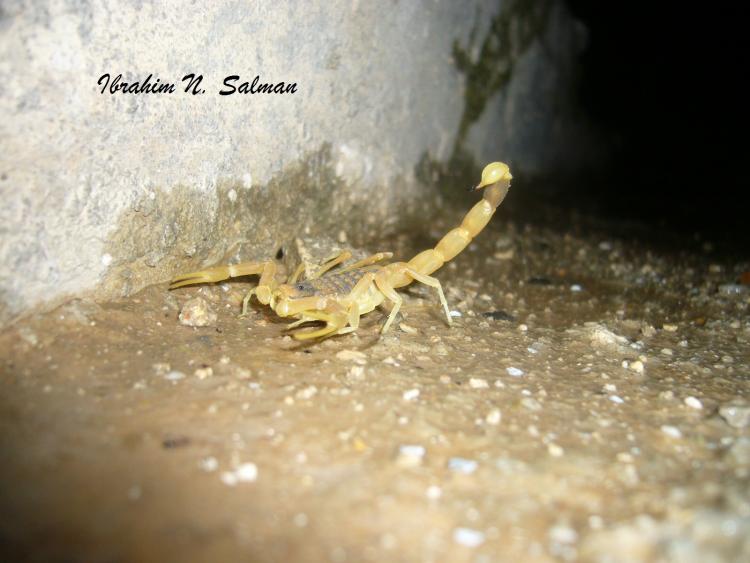